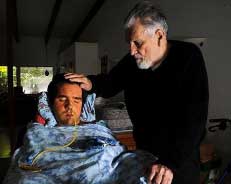 Sad news today – Augusto Odone, the World Bank economist who defied the medical establishment to treat his son Lorenzo with ’Lorenzo’s Oil’ has passed away. Odone gained recognition with his wife Michaela for their efforts to keep Lorenzo alive after they learned of his ALD diagnosis and its devastating progression. The Odones’ story was made into a Hollywood film, Lorenzo’s Oil (1992), starring Susan Sarandon and Nick Nolte as Augusto. Odone leaves behind an incredible legacy and will be missed by many. You can read more about his life and achievements here.